Bumper stickers seem to have been with us forever. But where did they come from? The car was brought into mass production in the late 1920’s by Henry Ford and you could be mistaken for thinking that bumper stickers were part of the package. Having bumpers, there was obviously the space for a sticker – but no, it was some time after this that they were seen across the back of cars.

In 1952, as Dwight D. Eisenhower made his way to the White House in the election, bumper stickers were used for the first time in a political campaign. This can be seen as the birth of the mass-used bumper sticker. Before then, they may have been given out by local companies or made crudely at home to make a point or to draw a laugh.

Want to see fewer bumper stickers today! The ‘HONK if you…’ craze started out as a great way to draw attention and spread the word. But there are so many now, that the purpose has become obsolete. People no longer honk if they see it.

Bumper stickers are still used by the masses because they want to share a little of themselves with the rets of the world. I think that they are here to stay, so next time you get close enough to read one, afford a smile. It’s the least you can do.

Contact us today to learn how we can develop a custom bumper sticker for your business!

Almost There! You Are 1 Step Away From Accessing This New Customer Discount 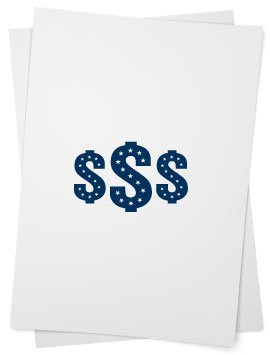 Complete your details to receive a limited-time $15-off coupon via email.